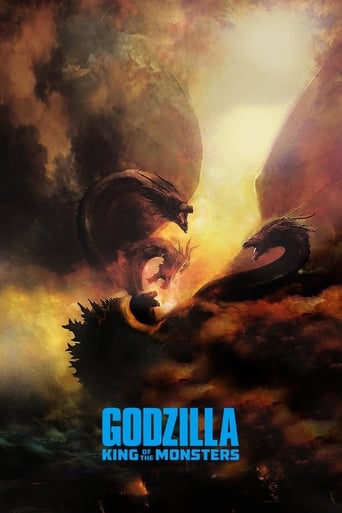 10
13
3
Rate this film
Add a review
Delete Rating/Review Share Add to queue
In your queue
Remove it
Godzilla: King of the Monsters 2019

Ben Dauphinee 12 months ago
Kept trying to shove emotional people stories down your throat in a movie about monsters.

Michael Cole over 1 year ago
Awesome monster battles, would be better without the humans

Hiram Soto over 1 year ago

Gervie Lins over 1 year ago

Brandyn Turner over 1 year ago

Nathaniel Spencer over 1 year ago

Manu over 1 year ago

lunamoth over 1 year ago
The new story follows the heroic efforts of the crypto-zoological agency Monarch as its members face off against a battery of god-sized monsters, including the mighty Godzilla, who collides with Mothra, Rodan, and his ultimate nemesis, the three-headed King Ghidorah. When these ancient super-species—thought to be mere myths—rise again, they all vie for supremacy, leaving humanity’s very existence hanging in the balance.
×
Facebook Twitter