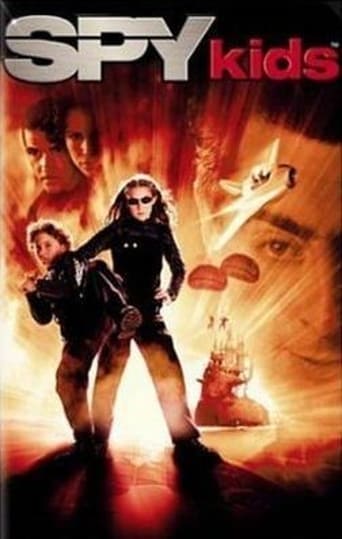 Charlie Alcock almost 7 years ago
99% sure that the filmmakers were sniffing something they shouldn't have been.

Dylan Clites 7 years ago
Hello, childhood. I love these movies and the first one is probably the best one.

Michelle Roussell over 1 year ago

Car over 1 year ago

Oliver Ratcliffe over 1 year ago

Justinas Jarukaitis over 1 year ago

Simran Sahoo 2 years ago
Spy Kids is a 2001 American sci-fi family film. It is the first film of the Spy Kids series. It is directed and written by Robert Rodriguez. It stars Alexa Vega and Daryl Sabara. Rodriguez also produced with Elizabeth Avellan and Guillermo Navarro and was the editor of the film. The film was released in United States theaters on March 30, 2001 and on VHS and DVD on September 28, 2001. Carmen and Juni Cortez live with their parents, Ingrid and Gregorio, who they believe are boring, unaware that their parents are actually semi-retired international spies, working for an organization called the OSS (Organization of Super Spies, a reference to the Office of Strategic Services). Originally, Ingrid and Gregorio were enemies until they fell in love and got married. They retired to some degree when they had their children. At the beginning of the film, Carmen's main concern in life is with the unwelcome responsibility of babysitting her brother, Juni, and is therefore usually mean to him....
Read more on